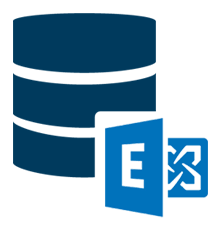 When the Exchange database EDB file gets corrupt then the Eseutil tool, which is an inbuilt utility comes to the rescue of all Exchange administrators. This is because once the database .edb file gets restored the mailboxes data items stored within them can also be fixed. The tool can certainly be used in case of corruption issues, be it soft or hard database restoration. However, some tips to fix Exchange database corruption using Eseutil command or tool needs to be employed for successful restoration. Therefore, this blog goes into the process details of those tips that are necessary for fixation of mailboxes data from the damaged EDB file of any Exchange database.

Know What Eseutil Exchange Is

Eseutil.exe is restoration utility which is built-in the server. The storage location of the command-line tool is – C:Program FilesExchsrvrBin directory. It understands the organization of Exchange databases and also the blocks of data. It has the capability to repair, check and also compress the Exchange database files.

It also comprehends the internal hierarchy of databases, indexes, tables and records; but what it does not recognize is the Exchange data that are stored in the tables and records of the .edb file. In short, it can be defined as a database tool for database file errors.

But before making use of Eseutil tools there are several things that need to be done. They are mentioned in the section below and hopefully this blog shall serve as: ‘Tips to Fix Exchange database corruption using Eseutil command or tool for all readers.

The user should log in as an Exchange administrator.
The running or inaccessible EDB database should be copied in a backup folder.
The EDB database should be dismounted from the Exchange server.
Some space in the disk should be cleared by moving undesirable files/ folders into a portable device.
The hard disk must be checked for bad sectors with CHKDSK utility.
The database must be dismounted from the Exchange server. This is because Eseutil is functional only on offline EDB files.
Both EDB and STM files should be present.

Note – Alternatively, users can run Eseutil.exe from the DOS command prompt also and the below-mentioned steps needs to be followed for that.

Click on Windows Start>Run
In the Run box, type ‘cmd’ and press the tab ‘OK’.
Go to C:Program FilesExchsrvrBin directory which is the default location of Eseutil tool.
At the end, type ‘Eseutil.exe’ in command line

There are number of switches that exist with ESEUTIL tool and should be utilized at several stages for the fixing of physical structure of EDB files. All the switches are explained here in this section.

ESEUTIL /d
This switch can be used to perform offline defrag Exchange mailbox database or compaction of the selected database.

ESEUTIL /r
It can be used to perform forced soft restoration and bring the specified database into a consistent state.

ESEUTIL /g
It is used to perform an integrity check of the selected database.

ESEUTIL /k
It performs a checksum test of all pages of the database.

ESEUTIL /p
It is used for repair of damaged database files. However, data loss may occur.

ESEUTIL /y
It can be used to copy large files like database, mailbox in an efficient manner with high performance.

ESEUTIL /c
It performs hard restoration of database during an online backup.

Comment – From the above table it is clear that Eseutil.exe utility contains two repair switches that are “/r” and “p”. Eseutil /r command is used for soft fixing of the Exchange server database but when .edb files are severely damaged, then the command Eseutil /p shall have to be used. However, other switches and the order in which they are used in the restoration process, is equally important.

When Can Eseutil Utility Be Used?

If there is any corruption in the physical structure of the database files, then the Eseutil tool can be used to fix different errors such as checksum error, invalid pointer, invalid page number, etc. The steps that should be followed are as follows:

A backup copy of the corrupted database should be made.
Eseutil/ d command should be run first on the database.

To check if the physical structure of the database has been repaired successfully or not the following steps should be executed.

Note – Output of successful repair indicates that there are zero bad checksums and zero wrong page numbers. These are the tips to fix Exchange database corruption using Eseutil command or tool that can be utilized by administrators.

When Can Eseutil Tool Fail?

It should also be noted that Eseutil needs STM, steaming media files as well as EDB files of the database for proper functioning. So, if all Exchange users make use of MS Outlook or Outlook Express desktop client, then there are fewer chances that the Information Store of the database will have .stm file along with EDB and Transaction Log files.

At such times the tool may fail to fix the database. In many other situations like logical corruption issues, it is possible that the tool might fail. However, if any POP3 desktop client such as Windows Live is configured with the Exchange then it’s Information Store shall definitely contain STM file together with EDB and Eseutil may prove to be successful.

Conclusion – What if Eseutil Fails!

If the Eseutil utility fails to fix Exchange database corruption, then an external third party tool can be investigated. In case of uncertainty, a solution named Exchange Recovery Tool can be used to resolve database corruption Exchange 2010/2013/2016, recover & repair EDB file automatically without using any command. It is designed to fix both EDB and STM files from major and minor corruption. Moreover, it works on all versions of the Exchange server and its execution is quite easy. So, it can be used as a replacement and alternative to the Eseutil repair utility.